Custom Curves and Properties Of Curves in INOSIM Gantt

Custom Curves and Properties Of Curves in INOSIM Gantt

With Custom Curves you can display any series of values as curves in the Gantt chart.
To create a Custom Curve, go to the menu Model and click on Curves to open the curve dialog. Click on the New Item button to create a new CustomCurve.

Alternatively, in the INOSIM database window, navigate to Equipment > Curves > Custom, and chose New Curve from the context menu and rename your curve. Via VBA control, a value with an automatic determined timestamp can be assigned to that curve. As code example:

In the example project, at every start and end of a transfer, the filling levels of all tanks are totaled. This value is temporarily stored in a CustomAttribute and then assigned to a curve:

In the bottom row (CC_Tanks Total) of the Gantt chart, you can see the resulting curve, which shows the sum of the filling levels of tanks 1 to 3:

With the curves properties, additional settings can be defined. If for example for a raw material a stock of less than 2000 kg is critical, the according parts of the curves can be highlighted in color by assigning the parameter LowValue. In the example, areas of the curve with values > 5000 are highlighted by orange color. 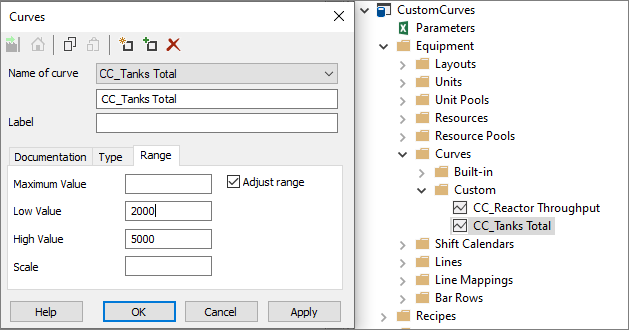 A Maximum Value can be specified: values bigger than this threshold are not shown in the graph but the time points are highlighted in red.
In the following example, we specified a Maximum Value of 6000: 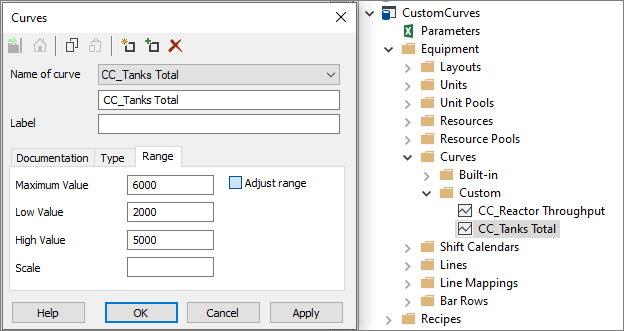 By specifying the Scale, you can scale the vertical axis. In the example, we want the curve to show the values in tons instead of kilograms, so a scale of 0.001 is defined. Please note that the other parameters have to be adjusted accordingly, hence the Low Value is now 2 [t] instead 2000 [kg]. 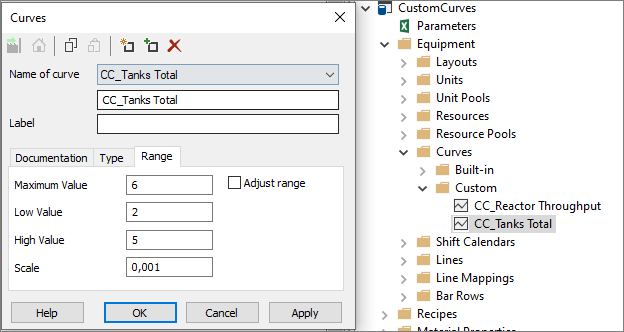 By default, the curve is interpolated linearly between two values. For the variable throughput of a reactor which is specified daily and is constant for 24 h, this representation is not useful.

Therefore, the interpolation can be disabled on tab Type: 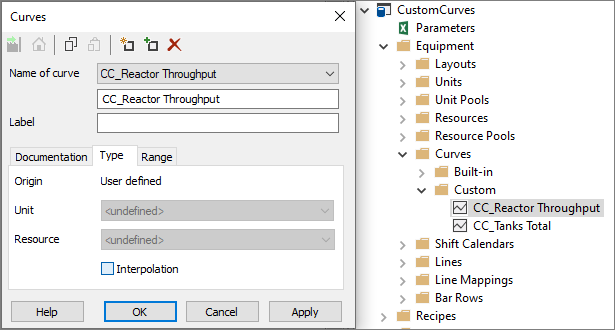 Alternatively, the value could be assigned to the curve at the beginning and at the end of the period of constant throughput.

Want to know more about this topic or have another question? Please contact us!

This Tip & Trick is about using a VBA Timer execution timer for VBA controls and measuring the execution duration of VBA controls. To check…

Interval Evaluation Of The Transfer Report

Interval Evaluation Of The Transfer Report In this tip, we show you how to automatically compute data via VBA with the help of INOSIM-generated reports…