Home » News » In The Sign Of The Rainbow: The INOSIM Summer Festival 2022

In The Sign Of The Rainbow: The INOSIM Summer Festival 2022

Nature, sociableness, and a playful contest were the focus of this year’s Summer Festival of INOSIM. Dortmund’s Romberg Park, an award-winning botanical garden in the south of the city, provided the perfect setting. In autumn weather with clouds, sunshine, occasional showers, and a rainbow, the day became a real outdoor experience for around 30 INOSIM employees and family members. 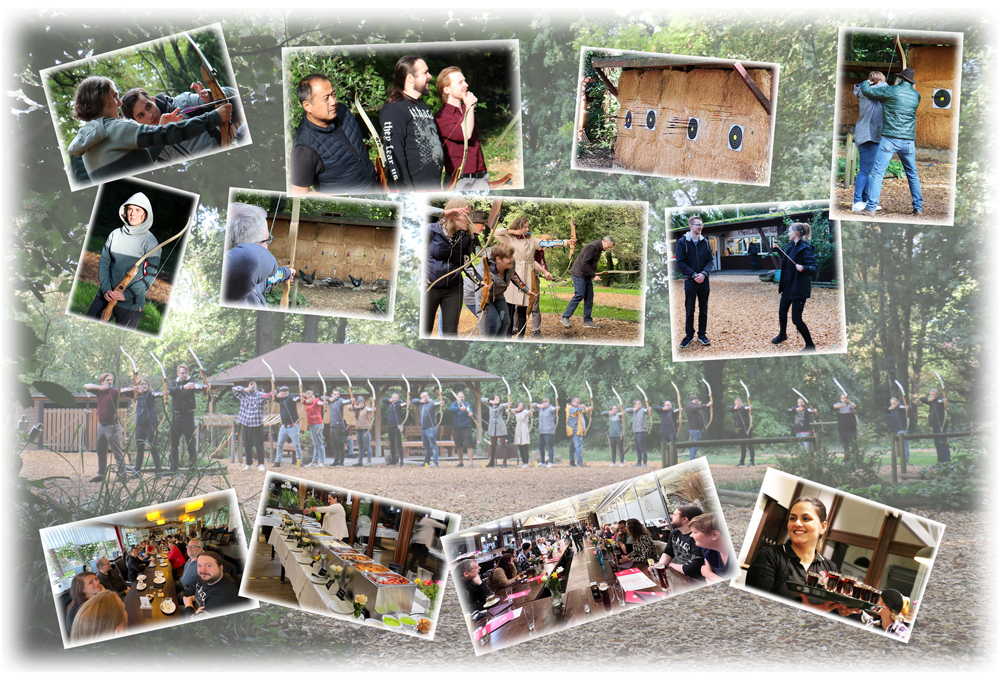 After coffee and cake, young and old followed in the footsteps of Robin Hood in an archery competition, which took place in the Pfeil- und Bogenwelt (Arrows And Bow World) at the Romberg Park. Experienced teachers introduced us prudently to the use of the sports equipment. Very soon, a lot of lifts followed regarding the hunt for targets, balloons, rubber boars, and other (artificial) forest animals. The final jump-off showed a clear superiority of the INOSIM Innovation Team, which was not only able to win the prizes for the first three places, but also the consolation prize for the last position.

Dinner in the gastronomy of the Romberg Park added a slightly exotic touch. Indian cuisine with its many refinements was served, delighting meat eaters and vegetarians alike. In the course of the evening, the sociable atmosphere became more and more jolly, fostered by a good drop.

Peter Balling, INOSIM CEO, was very satisfied with the way the festival went: “After five summer festivals with sunny weather, this year was the first time we also had to brave wind and rain. Today, our employees have shown that they do not only look good in the office. Fun, competition, and outdoor experience have further strengthened the spirit of the INOSIM family. With this robust and lively team, I have no worries about a succesful future of our companies!”

Do you have any questions or would like to know more about this topic? Please contact us.